I guess I can go along with this Kitchen idea. Let's try a basic recipe first. Flour is made from wheat, and is used in a lot of things. Ivy

See... Easy! We totally could have done that in my cauldron. Ivy

Let's put the Flour to use and make some Bread. And how about some Grits, too? All that takes is Corn and Water! Ivy

I'm going to be honest- I ate some. I hope the knights don't mind. Ivy

For example, several servings of Bread, Grits and Fish can be combined into a Simple Feast. That should be enough to get your knights to the ancient vault and back! Old Thomas

Alright, we'll work on the first two. We can add Roast Chicken and Carrots to Water for the stew. Then, we'll roll some Fish in Bread crumbs! Ivy

So, about those Skunk-kabobs? Ivy

Ok, let's prepare the feast and bring it to the knights. Ivy

The feast is ready! Bandits, your days are numbered! Ivy

Just harvest up a whole bunch of Hot Peppers and hand 'em over. I've got some secret plans. I'll tell you if they pan out. Ivy

Round me up some Rat Tails and I'll give you the finished recipe! Ivy

The recipe, as promised. The tail gives it extra kick! Ivy

Note: this goal triggers at level 17 after collecting a hot pepper. If you find the Hot Sauce is still locked, wait for the goal that asks for Hot Sauce and then collect another hot pepper (which you can have ready waiting to collect). It should then unlock.

Apple pie is the best. Eating this is going to be even more fun than baking it. Ivy

Oh, My mistake. But there will still be lemonade, yes? Ivy

How about an Orange Cobbler? Maybe with a thin crust, dusted with sugar. I'm making myself hungry just describing it. Ivy

We can't skimp on breakfast. It's the most important meal of the day! We'll serve it buffet style at the Castle. Ivy

Oof! I had too much bacon? Ivy

The recipe for making chocolate is pretty simple. Just use up those Cocoa Beans we harvested! Ivy

(This overlaps with the Cocoa Crop Quests)

Flour, chocolate, sugar...come help me stir this, then we'll fire it into the oven! You can handle the icing while I make us a treat to go with it. Ivy 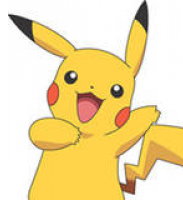